Hotel Irini is situated on Vatera, one of Greece’s most beautiful beaches.

10 kilometres of gorgeous, quartz sand, crystal-clear waters, all set around the big, blue horizon, Vatera is sure to win your heart on your first visit. Vatera beach is surely one of the finest on Lesvos, and could also be considered one of the most beautiful in the whole of Greece. Its unparalleled, natural beauty is enhanced by the outfall of two rivers, Almyropotamos on the west and Vourkos on the east.

Almyropotamos, the largest, is an active river year-round, which offers shelter to a variety of plants, turtles and birds. Due to its physical properties, it allows for exploration to a substantial depth. Aghios Fokas promontory, located to the west, harbours a charming, fishing shelter at its edge and its namesake small church, next to the ruins of Early Christian churches, built using materials from an ancient temple dedicated to Dionysus.

The nearby, luscious green mountains are full of small churches and remnants of past civilizations. Thousands of years of history unfold in front of the visitor, who discovers marble remains of ancient temples on the foundations of Early Christian churches, evidence of a glorious past.

Vatera is 50 Km from Mytilini and accessible by taxi and bus service.

The island has daily connections to Athens both by boat and air, connecting it to the mainland. There are also connecting flights and boat trips to Thessaloniki, Kavala, Alexandroupolis and Crete. Service is more frequent during summer months. 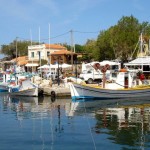 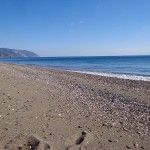 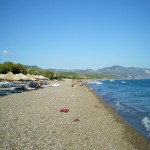 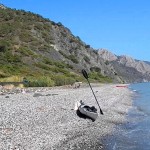 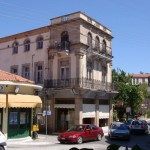 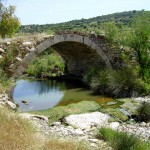 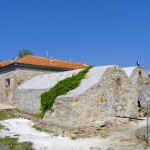 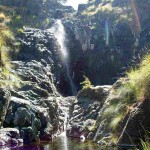 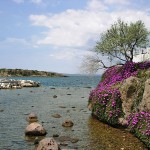 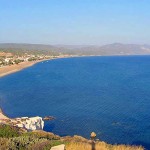 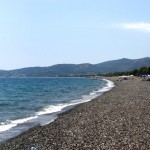 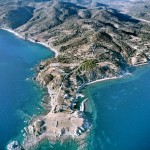 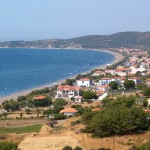